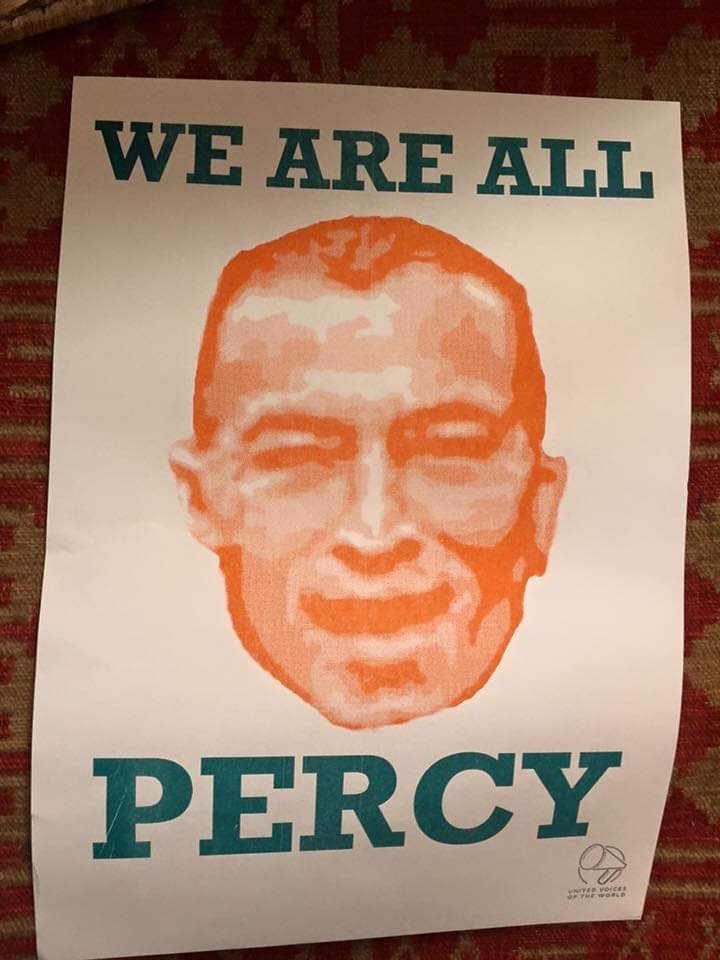 Solidarity with Percy! Against the scandalous dismissals of workers who insist on observing the rules on safety and health in the workplace!

We heard it as far as Switzerland: A cleaning worker at King's College in the UK was sacked without a hearing, because he refused to attend a disciplinary hearing due to observing the social distancing measures in place because of Covid-19. We condemn this outrageous behaviour and demand the immediate reinstatement of our colleague! We will not accept that comrades are being penalised, because they refuse to put their health and the health of their fellow humans on the line for the profit of the bosses.

Percy is a cleaner at King's college with five years on the job, and an active member of the union United Voices of the World (UVW). For comprehensible reasons he refused to take part in a disciplinary hearing, which would have had eight people cramped together in a tiny room. Percy explained the reasons why he wouldn't take part in the meeting and asked for a hearing by phone or in person after the lockdown. His employer then simply sacked Percy without hearing him.

Resposible for this sleazy behaviour is Mr. Nigel Smith, head of HR at King's College.

While countries around the globe order social distancing, slose down restaurants and parks, ban event and impose curfews, the economy remains the territory of the bosses – they tell us how to do our jobs and anyone who protests is being sacked. The Corona-crisis just makes the functioning of the system more obvious: Then profit of the capitalists is being gained by the workers' sweat, living conditions and health!

All the more necessary for people to resist. People like Percy!

We call on everyone not to leave our comrade – send protesting e-mails to Nigel Smith and demand the reinstatement of Percy: nigel.smith@kcl.ac

Let's help each other: Let us link with our neighbourhood. Let us support people at risk and the sick.

Refuse to work! Let's stay at home and refuse to work, if we don't have urgent jobs. Let's create networks and support each other against repression.

Care-work organised in solidarity! The extra work of upbringing and care should not be burdened on the women. Also men should do house and care-work!

We demand full wage compensation and support for workers affected by the government measures. Let us help those who are struggling with financial losses. No sanctions and measures in social welfare and against the unemployed!

Let us demand the suspension of rents and prevent evictions! Let's organize the opening of vacancies and secure accommodation for all. Especially for the homeless, refugees and those affected by domestic violence.

Demand the opening of deportation prisons! Evacuation of the refugees from the EU refugee camps.

Let us now build structures of solidarity! Let us prepare ourselves for the attacks that are coming in the wake of the economic crisis.

If you don't speak german don't hesitate to contact us directly! We speak english, french, spanish, italian, arabic and a little farsi.

English Version as PDF below

Solifon: Direct Help for the workers 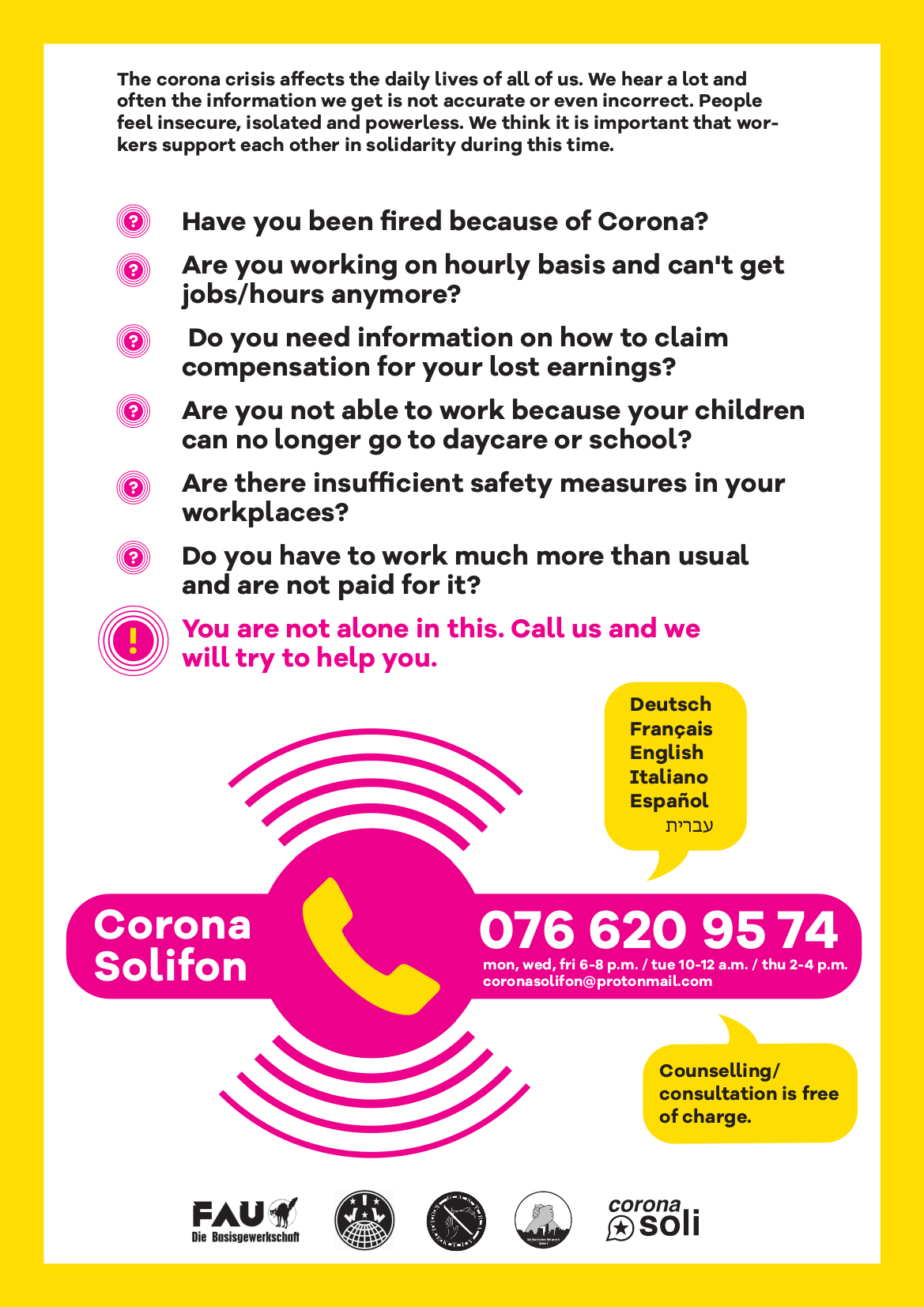 You can now call the Solifon to ask about problems concerning the pandemic and your work.

Do you have problems with hygiene, were you fired?

you are not alone in this. Call us.